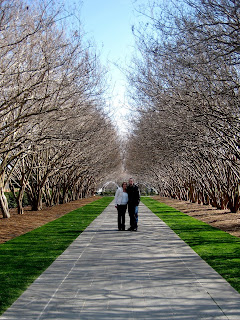 {SERGEANT JAMES & MEGAN WEST}
their story
When they first met, James and Megan fell in love at first sight.
Before they knew it, they were engaged to be married on 7/7/07.
After 3 years of service in the military, James West was stationed in Butte, Montana as a recruiter for the army. As a surprise to them both, James was deployed again in July 2005 which temporarily halted all wedding arrangements. They decided to wed in the court house one day before he left to join the 101st Airborne Division. While James was serving in the Middle East, Megan stayed behind anxiously planning their dream wedding with relatives.
However, in June of 2006, Megan received a phone call, notifying her that James had been severely burned and was in critical condition. Devastated, Megan was at his side two days later. 7/7/07 came and went, as James went through several surgeries and recovery time.
As a surprise to Megan, James entered into The Wedding Party Event’s Once in a Lifetime Wedding Giveaway in hopes to make her wedding dreams reality. The Wedding Party Event is an annual bridal show hosted by The Wedding Party Studio- in search of donating a wedding to a very lucky couple.
Megan & James’ inspirational story won over the hearts of the organization…
and now here we are:
just weeks away from their 9/9/09 wedding…
Our full vendor list and their contributions to the West Wedding to follow! 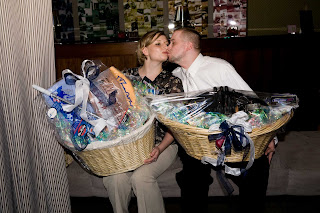 Gift donated by US JESKO

Sorry, the comment form is closed at this time.

Any cookies that may not be particularly necessary for the website to function and is used specifically to collect user personal data via analytics, ads, other embedded contents are termed as non-necessary cookies. It is mandatory to procure user consent prior to running these cookies on your website.